BLACKHAWK RESERVES THE RIGHT TO MODIFY THE SCHEDULE OR PROGRAMMING
​DUE TO WEATHER OR OTHER UNFORSEEN CIRCUMSTANCES
Blackhawk holds monthly meetings that are open to the public and feature programs about railroading's fascinating past, interesting present and encouraging future. We also publish a bimonthly newsletter, the Spike & Tie, that covers local railroad news and history, along with updates on Blackhawk meetings, projects, special events, news and business.

A chapter of the National Railway Historical Society since 1969, Blackhawk includes working and retired professional railroaders, historians, railfans and those who simply enjoy trains. If this describes you, we invite you to join us.

We work with local communities, groups, historical societies, other organizations and the press in developing and promoting events and projects that recognize the railroad's significance and history. See our projects page to see what Blackhawk is doing to preserve railroad history and promote railroading's future.

All correspondence (other than membership) should be addressed to:or please E-mail us.

Board of Directors, Appointed and Elected Officers 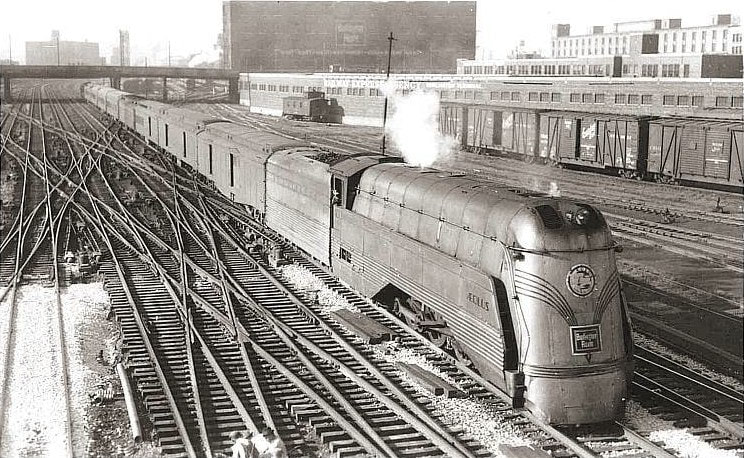 CB&Q's streamlined "Aeolus" departing Chicago Union Station with the "Blackhawk"
When founded in 1969, the original members decided to use the name Blackhawk in reference to the 19th century Native American tribal  leader of the Sauk named Black Hawk, who led a defense of their territory covering a wide stretch of North and Northwest Illinois, Southern Wisconsin, and a part of Eastern Missouri;  as well as a nod to the mid-20th century Chicago, Burlington & Quincy passenger train of the same name, as the group interests did not only apply to the immediate Chicago area, but also to the vast network of railroads throughout the Midwest that fed into Chicago, making it the "Railroad Capital of the World."
Amtrak, resurrected the Black Hawk name for a state-sponsored service that ran through Rockford, Illinois to Dubuque, Iowa on ICG's Iowa Division from 1974 to 1981.  Efforts to restore service began in 2007 and continue to this day, with the Illinois Department of Transportation looking to establish a new Chicago-Rockford-Dubuque route using Metra's Milwaukee Road-West district and a connection to Union Pacific's ex-C&NW line through Belvidere, IL to get to Rockford.  (Amtrak photos by John T. Riha)

We support IDOT and Amtrak's efforts to restore this service.

Find out more about Blackhawk...