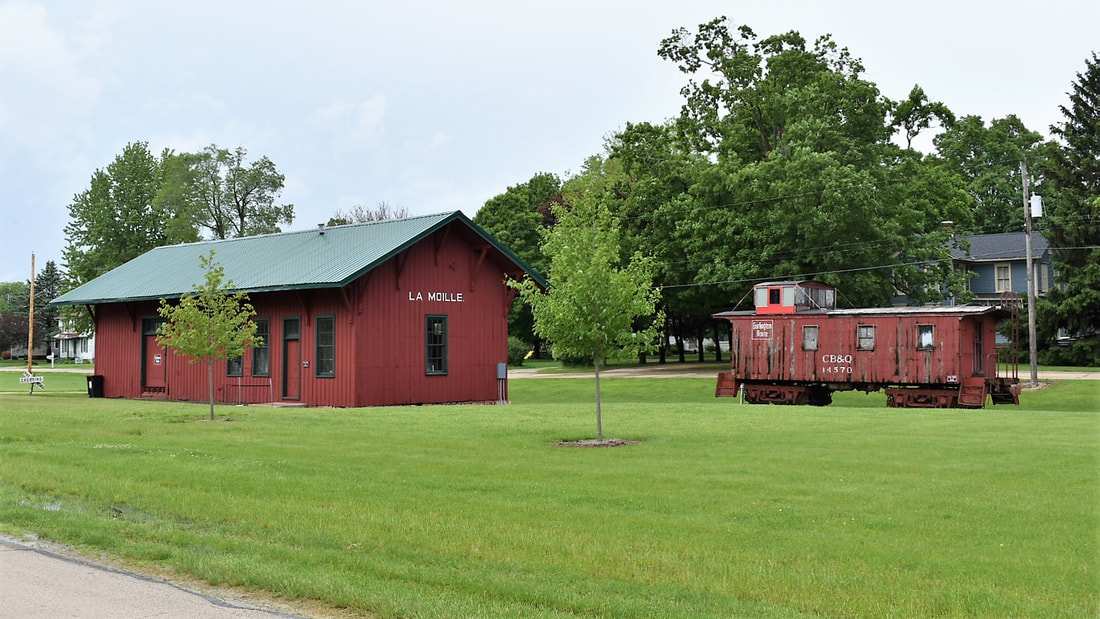 ​​​Every so often, we hear about a former Burlington Route wood waycar in north central Illinois that at one time apparently belonged to, or someone in, our group.  We are working on unwrapping this mystery and finding out what it's current status is, but we can definitely tell you this -- as much as we'd like to claim it, we don't own it.
Chicago, Burlington & Quincy 14570 was a typical design wood waycar (that is what the Burlington called their "cabooses") built in the 1880s.  After being retired from active service, 14570, like other out-of-work cabooses, ended up in private hands.  Much of the exact history is unknown to us, but the caboose eventually ended up in the town of La Moille, Illinois, located on one of the Q's many now-abandoned branchlines that used to blanket rural Illinois.  It sits in front of the town's 19th-century CB&Q depot, miles from any active railroad lines.

Sometime in the early 21st century, sources on the Internet started attributing ownership to "Blackhawk Chapter NRHS."  We have no paperwork or any other proof of ownership, so it's current status does not involve us.  It briefly appeared for sale on an equipment broker's website, which is one of the ways it was brought to our attention.  A 2014 article in the local paper has the caboose and depot being worked on by volunteers from the community.  After that the trail runs cold.

We will continue to follow up on this mystery and hope to not only find out how 14570 ended up in La Moille, but also how our name got attached to it, and finally, how well the current preservation effort has gone for the waycar and depot and maybe even help it out, if needed.